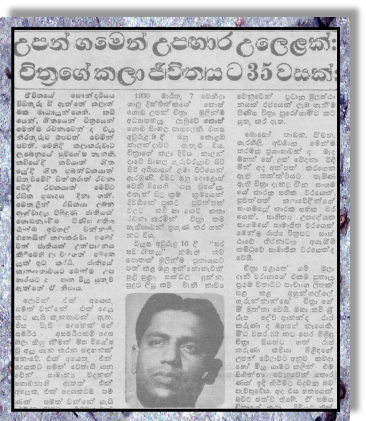 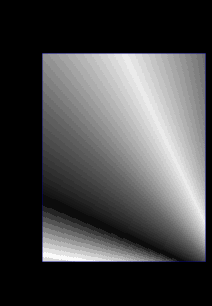 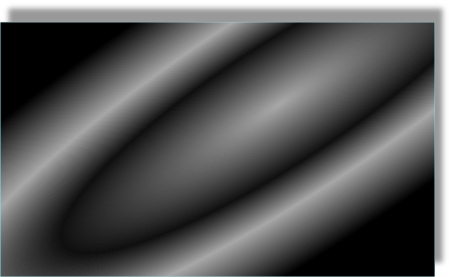 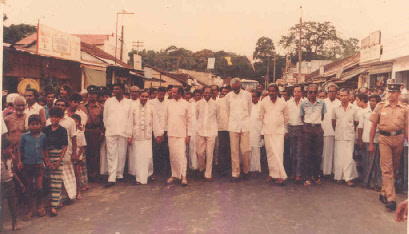 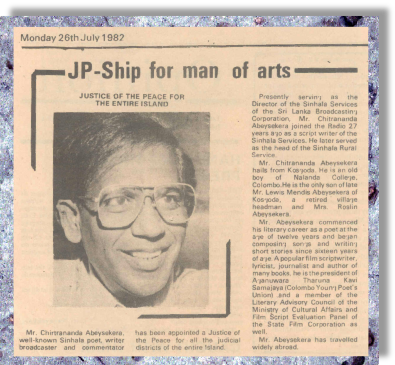 Many poets have published their works as professionals. Chitrananda’s first collection of Sinhala Kavi (Sinhala verses) saw the light of the day when he was a student at Nalanda College, Colombo with the “Sarasavi Gitaya”, Schoolboy’s book of Poems. Chitrananda came to fame as a poet with his mentor Mr. U. A. S. Perera, the Nalanda Teacher and the poet, later  who became an Attorney-at- Law (Advocate), guiding his students. U. A. S. Perera, popularly called Siri Aiya, his teacher, was a predecessor In office as President of the Aganuvara Taruna Kavi Samajaya. He was also a member of the Literary Advisory Council of the Ministry of Cultural Affairs and Film Script Evaluation Panel of State Film Corporation as well.

Chitrananda has eleven (11) Poetry Books, one (1) Poetry Compilation, three (3) Short Story Books and one (1) Novel to his credit.

Chitrananda’s leadership in ATHAKASA paved the way for State patronage for Sinhala poets and their poems. His literary talents are multi-faceted. Saraswathi, the Goddess of literature and Arts was a benign benefactress to him. Rarely indeed, a broadcaster illumines himself as a writer, poet, author, film scriptwriter, lyricist and composer. In Chitrananda all these aspects rolled into one to make him a literary Super Man. 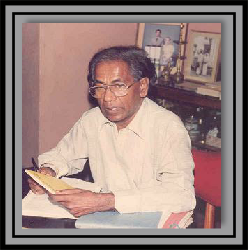